I had a very successful trip to Iceland to photograph the Aurora Borealis!

After staying an extra two nights, I weathered a snow blizzard to get to Pingvellir Park, a dark location in one of Iceland's National Parks. While it was mostly cloudy that night, the aurora could be seen through clouds, all night!

During a ten minute gap in the clouds, I set up the camera to take still images for a video I captured, which I've posted on my Flickr site here and also below :- 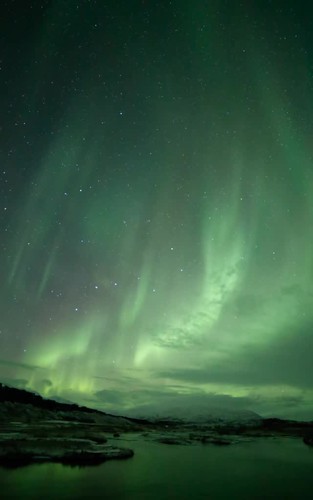 You can see what I call the "Christmas Tree Nebula" below (which is also up on my Flickr site here) :- Here's another picture taken the previous night (on Flickr here)..